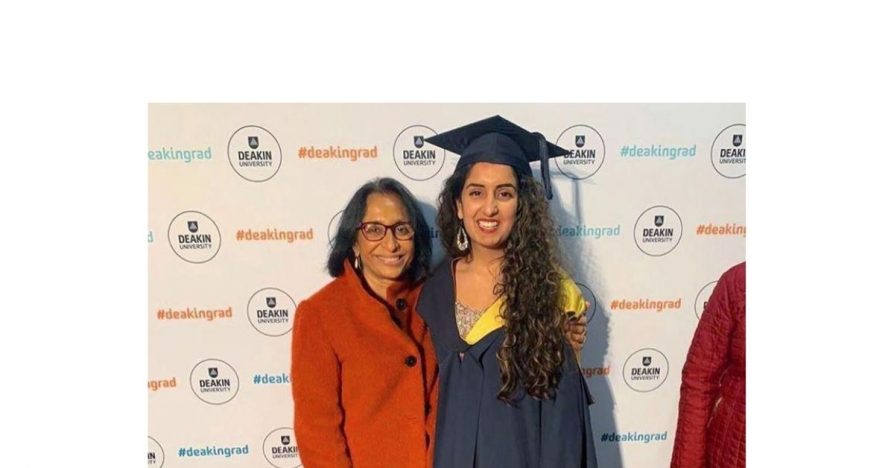 You can also listen to the episode on Apple Podcasts, Spotify, Google Podcasts.

One of the top 15 women in the world for Artificial Intelligence and the only woman from Australia on that list, Svetha Venkatesh is a powerhouse in STEM. She is an Alfred Deakin Professor with 346 publications based on her research. Her research has lead to two successful start-ups; icetana, an ASX listed company that provides AI-assisted video surveillance and TOBY Playpad, an app that provides therapy for children with autism. In 2017, Svetha was awarded the prestigious ARC Australian Laureate Fellowship for her contributions to the use of pattern recognition and experimental complexity and optimization. She is a genius in her own right and of course, her only child, Akshay Venkatesh, ended up a Fields medalist – which is akin to the Nobel Prize of Mathematics.  I’ve known Svetha for 5 years and she remains strong advocate for entrepreneurship as a sponsor of SPARK Deakin at Deakin University. Svetha is down-to-earth, non-pretentious and focused on making a difference.

In this episode, we discuss Svetha’s beginnings in India, the adversity she faced as women studying and working in STEM, her experience migrating to Australia, and her academic and research career. Mentioned in this episode:

06:36 – The discrimination experienced as one of 4 girls among thousands of boys

07:20 – Does adversity and loss build character?

10:09 – How being restricted in what she could study led to stubbornness

11:19 – Svetha’s political activism during her time at university

15:30 – Her first job after university a period of ‘no learning’

16:45 – Moving to Australia with the intention of helping India from the outside

18:42 – First days in Perth with the support of the migrant centre

22:40 – First job and working in Karratha, a small petroleum town.

25:05 – Cultural differences between Australia and India

26:13 – Can we wear cultural clothes to work and still be accepted?

29:30 – Teaching a course on a topic Svetha knew nothing about

33:20 – Becoming Head of School in a field where women were a rarity

37:10 – The simple logic of an aloo parantha and being action oriented

39:05 – The reality of how difficult it can be to change the system

41:41 – Travelling to Germany and meeting cultural anthropologists and artists.

43:44 – Becoming one of the top 15 women in the world for Artificial Intelligence

48:30 – Figuring out if the London bomber got off the bus and how that led to the creation Icetana

51:42 – How to commercialise your research so that it impacts people

55:23 – The proud mother of a Fields Medalist winner (The Nobel Prize of Mathematics)